Choroidal neovascularization (CNV), a variant of wet AMD, is characterized by the growth of new blood vessels into the sub–retinal pigment epithelium (sub-RPE) or subretinal space via broken Bruch’s membrane.

A 532nm Iridex laser was used to damage the Bruch’s membrane in Brown Norway rats using the indicated laser settings to induce angiogenesis.  Choroidal neovascularization into the retina was assessed for 13 days using fluorescein angiography (FA).  For the right eye FA was performed approximately 2 minutes after tail vein injection and the left eye at approximately 3 minutes.  Extravasion was determined at the time of laser induction noted as bleeding behind the retina indicating complete rupture of the Bruch’s membrane resulting in the laser beam rupturing choroidal vessels.  Lesions noted as extravasion remained unchanged throughout the duration of the study and were therefore were excluded from analysis. 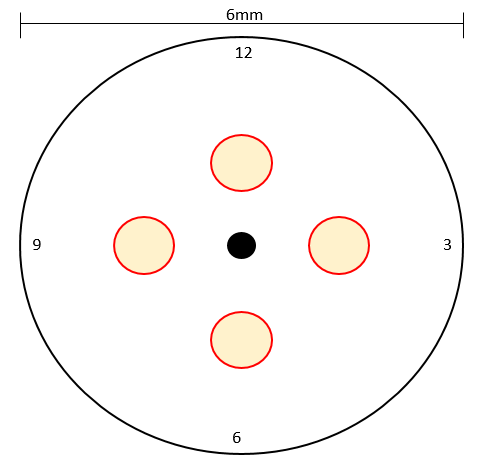 Ideal location of laser spots are the 12, 3, 6, and 9 oclock meridians around the optic nerve head. 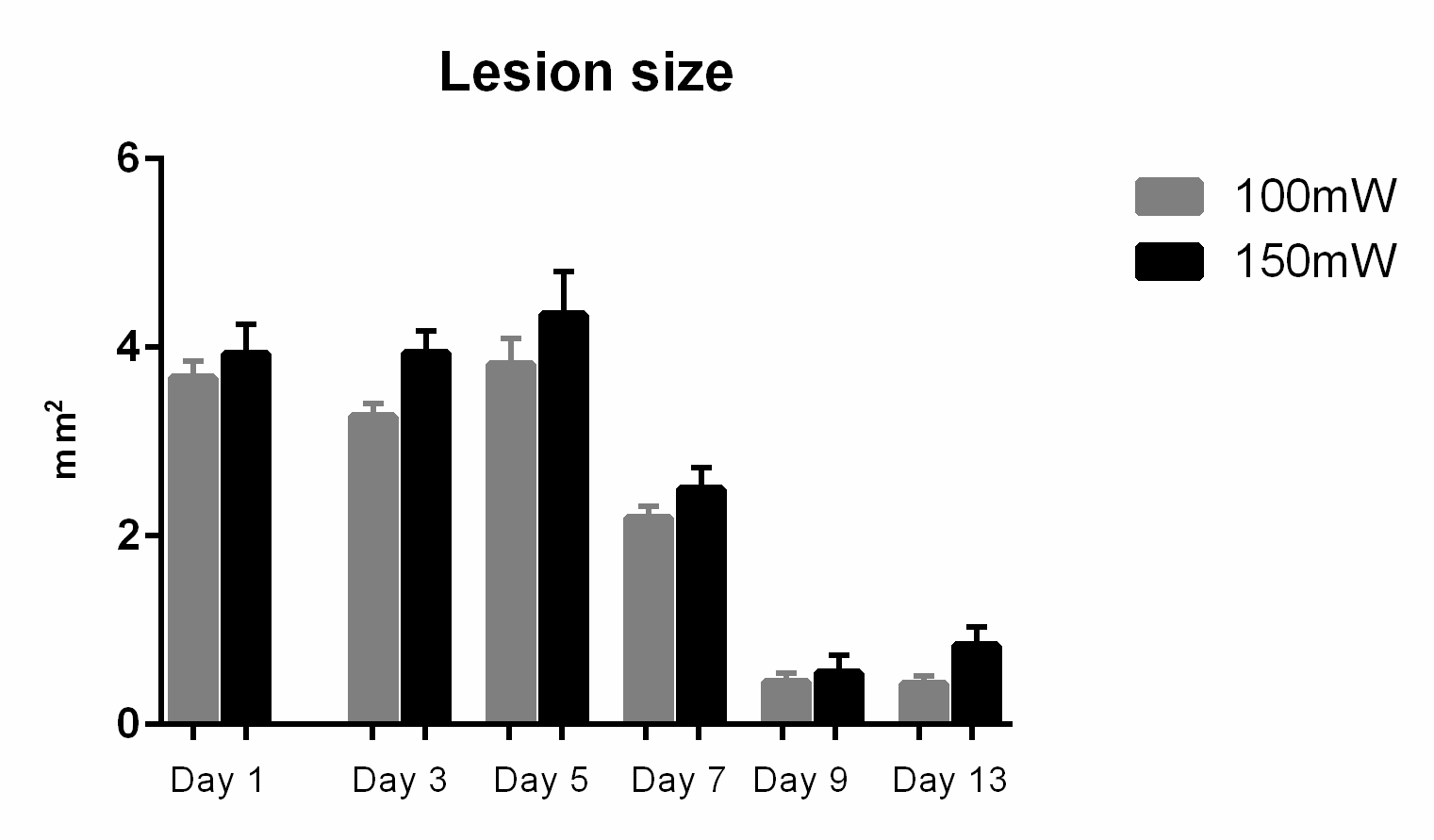 At the time of laser induction a retinal bubble can be seen indicating heat release from the laser beam.  The formation of a bubble demonstrates that the laser made impact on the RPE/Bruch’s membrane.  Ideally, this results in increased VEGF/inflammation and a compromised retinal barrier to promote choroidal angiogenesis into the retina.  On day 1 of FA imaging we observed a defined ‘spot’ on the retina that likely represents the initial inflammatory cell recruitment phase.  By day 3 angogenesis is evident which peaks around day 5 followed by almost complete regression by day 9.  There is persistent fluorescence at day 13 that is most likely due to hyperfluorescence from scar tissue at the lesion site.

100mW – Lesions were consistently created with no incidence of extravasion (no choroidal bleeding at the time of laser induction).  Initial lesion size is somewhat variable as well as time for complete regression to occur making the ‘peak’ of angiogenesis close to day 5 with some variability.

150mW – Lesions were consistently created with an overall average of 45% demonstrating extravasion (choroidal bleeding at the time of laser induction).  Extravasion is a consequence of complete rupture of the Bruch’s membrane allowing the laser beam to penetrate into the choroidal vascular bed rupturing the systemic vasculature.  Lesions with extravasion often had a black halo of obscured FA imaging around a central angiogenic core.  The halo and angiogenesis persisted throughout the duration of the study and did not change in size.  Since the biology of lesions with extravasion is unknown only the lesions without extravasion were graphed.  These lesions had an overall area slightly higher than those at 100mW.  One explanation for this could be that the high degree of inflammation associated with extravasion contributes to the development of neighboring lesions.