Gut Reactions: An ADME-Centric View of the Gut Microbiome, Part I

This scientific symposium took place in September 2019, under the auspices of the Delaware Valley Drug Metabolism Discussion Group (DVDMDG).

Andy Goodman’s (Yale) title was “Microbiome Contributions to Drug Metabolism.” Gut bacterial metabolism can reduce drug efficacy and either increase or reduce toxicity; bacterial drug metabolites can be absorbed, distributed systemically in the host, and excreted in the urine; and the variability between individuals (and even within the same individual over time) makes it almost impossible to predict the impact of the gut microbiome on the metabolism of a given drug in a given patient at a given time. Can the gut microbiome account for interpersonal differences in drug response? Maybe so…in humans, there is little overlap in genes across individuals. Bacteria can metabolize a large number of drugs across a wide range of therapeutic areas, but in most cases it is challenging to estimate, quantitatively, how much gut bacteria contribute to the overall metabolism of a given drug in vivo, especially for metabolites that can be produced by the host as well. The question was approached by studying the metabolism of 271 FDA-approved drugs by 76 gene-sequenced gut bacterial isolates, using high-throughput LC-MS. The common features of metabolized drugs (~2/3 of the total) and non-metabolized drugs were identified. Candidate drug metabolites were identified by untargeted mass spectrometry, and the change in structure deduced based on the mass shift vs. the parent drug. Although many bacteria may encode a given enzyme, not all bacteria use it for drug metabolism. Bacterial drug-metabolizing enzymes were identified using a gain-of-function strategy by cloning DNA fragments into E. coli. Enzyme expression was associated with drug-metabolizing activity across human gut species, and complex network diagrams of drugs/enzymes/metabolites were created. Using the drug brivudine as a probe, a loss-of-function strategy was also used, by colonizing the gut of germ-free mice with a wild-type strain of a bacterial species or a mutant strain missing a particular enzyme, to quantify the contribution of gut bacteria to the formation of a toxic drug metabolite via a pathway (dihydropyrimidine dehydrogenase) that is also expressed by the host. This led to the development of a PBPK model of microbiome-metabolized drugs to estimate and predict the gut microbiome’s contribution to systemic exposure of drug metabolites. Much of this monumental work was published recently in Nature (Zimmermann, et al., Nature. 2019; 570:462-467). In my humble opinion, this paper will be the foundation for much of the future research in this area.

Jason Boer’s (Incyte Corporation) title was “Integrating Drug Metabolism via the Gut Microbiome into the Drug Discovery and Development Paradigm.” He discussed two examples of drugs where major circulating human metabolites were not identified in vitro due to the involvement of gut bacteria in vivo. One drug candidate, an HIV drug co-dosed with ritonavir, produced a disproportionate human metabolite, which is the product of host aldehyde oxidase (AO) activity on a reduced intermediate produced by gut bacteria. Because the drug is co-dosed with the CYP3A4 inhibitor ritonavir, the drug is shunted through the reduced intermediate, which would otherwise be oxidized back to the parent by CYP3A4. The metabolite is not seen in preclinical tox species because their AO activity is very low. Another drug, epacadostat, has multiple metabolites, including M11 and M12, which is seen only in vivo. M11 is produced in vitro by human feces, and M12, a secondary metabolite produced from M11 by CYPs, is not seen when the parent drug is incubated in vitro because under those conditions there is no M11 (produced by gut bacteria). The question is whether examples such as these will, or should, motivate drug companies to incorporate gut bacterial drug metabolism into their drug discovery and development workflow. I think they should, because now that medicinal chemists have largely figured out how to avoid CYP-mediated drug metabolism, gut bacterial drug metabolism will become more common.

Aaron Wright’s (Pacific Northwest National Lab and Washington State University) title was “Functional Characterization of Drug Metabolizing Enzymes at the Host-Gut Microbiome Interface.” His approach is activity-based protein profiling (ABPP), which provides a direct measure of protein function and enables identification of the enzymes responsible for a given function. Custom-designed activity-based probes bind irreversibly to functionally active protein targets, followed by click chemistry (N3 attached to a fluorophore or biotin), enrichment, and either proteomics (by LC-MS), SDS-PAGE, fluorescence microscopy, or flow cytometry. The most abundant human bacteria (gut, skin) vary by geographical region, and even within a region, which partially invalidates the general assumption that people are going to metabolize a given drug similarly, regardless of where they live. This is also true in mice: different litters in the same environment differ significantly in gut microbiome. Individual susceptibility to PAHs such as benzo[a]pyrene (activated to toxic species by CYPs, followed by covalent binding to DNA or elimination by glucuronidation or sulfation) was investigated. A study of enterohepatic recirculation, in which gut bacteria convert glucuronides (excreted via bile) to the corresponding aglycone via beta-glucuronidase, revealed that phylogenetically disparate populations can reconstitute that enzyme activity following antibiotic treatment. Therefore, microbial composition (in terms of phylogeny) is a poor predictor of gut metabolic activity; what’s really relevant are the bacterial genes, which is consistent with several of the other presentations from this meeting. And activity-based protein profiling is a really powerful approach. 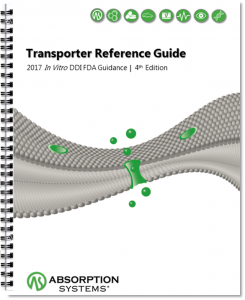