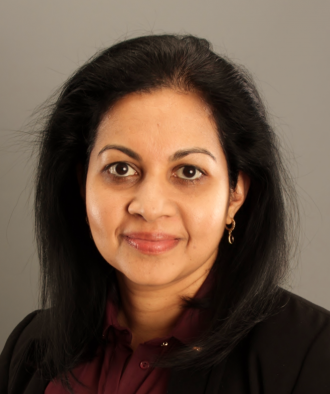 Vatsala Naageshwaran is the Senior Vice President of Operations at Absorption Systems. Starting in the role of Research Manager at Absorption Systems, Vatsala Naageshwaran has consistently been promoted to positions of leadership within the company with oversight for both scientific and business operations. During her time in the company she has established numerous high value contracts and multiyear programs generating significant revenues supporting the company growth. She was instrumental in driving internal reviews of all service offerings working with cross functional teams resulting in an enhanced commercial portfolio. She collaboratively helped drive research and expansion of CellPort™, Absorption Systems’ exclusive drug transporter technology and played a key role in the effort to establish the commercialization of drug-transporter assays to fulfill FDA and EMA requirements for in vitro drug-drug interaction studies. She has worked on numerous projects in support of NDA submissions that have received FDA and EMA approvals as well as with several leading generic companies to support successful ANDA submissions and market approvals of generic drugs since 2009 to date. In 2013 Vatsala was promoted to the Executive Management team as Director of Operations to oversee business development, operations and facility management of Absorption Systems San Diego site. She manages the ocular, medical device and PK services which are based in San Diego while continuing to support business development worldwide. She is focused on constantly increasing efficiency, profitability and productivity and is actively involved in diversifying all of Absorption Systems’ portfolio.

Prior to joining Absorption Systems, she has worked for several biotechnology / pharmaceutical companies as a research scientist with experience in drug discovery, assay validation, and product development. Her research has been featured at national conferences such as AAPS, SOT, AACR and EORTC and she has authored publications submitted to peer-reviewed journals. She has spoken at numerous forums and conducted workshops on clinically relevant drug transporters and non-clinical methods for establishing bioequivalence of oral and complex drug products. Vatsala has a Master’s degree in Biochemistry from Mt Holyoke College, MA and she is currently pursuing a Master’s degree in Pharmacometrics at the University of Maryland Baltimore and a PhD in Ocular Modelling at the University of Eastern Finland. Her research interests are in the areas of ophthalmology, pharmacokinetics and bioequivalence.